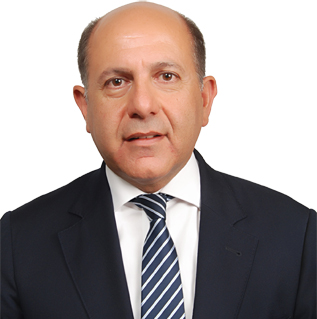 Maroun Antoine Kyrillos is the founder of Himaya Iraq Ltd and Himaya SAL. He holds a Master in Financial Management , a BA in Economics from Paris II – Assas and a diploma in insurance from the Chartered Insurance Institute (Dip CII) in London.

He started his insurance career in 1989 with Generali France in the marine insurance. In 1995 he joined AXA group in the Gulf for almost 10 years where he occupied different positions as Country Manager of KSA, General Manager of AXA in the UAE, Deputy General Manager at AXA in charge of Qatar, Kuwait, Oman and Bahrain, Branch manager, Account Executive etc...

In 2005 he joined Arab Bank for 3 years where he set up the bancassurance/insurance department of the Bank and after negotiating the purchase of a majority share in al Nisr al Arabi Insurance Company in Jordan (a listed company on the Amman Stock Exhange) on behalf of the Bank became its Chairman and the Chairman of its investment committee.

Currently he is the Chairman/CEO/founder of Himaya SAL in Beirut and Management partner/founder at Himaya Iraq Ltd (Insurance brokerage). He is a Board member at Arabia Insurance SAL, member of its Audit Committee and Chairman of its Nomination Remuneration Committee. He is as well the Chairman of Arabia Falcon Insurance Company in the Sultanate of Oman (a listed company on the Muscat Stock Exchange) and Chairman of its Nomination Remuneration/Investment/EXCO Committee.